For the Welfare of Mankind

This is a critical object created in response to the phenomenon of using government laws to implement control over civilian's body. Traces of eugenics started as early as WWII when the Germany seeks to create a superior Aryan race over other nation, forbidding people with certain disease to get married and have children. Despite of how ridiculous this may seem, similar regulations is still present in other forms today.

Furthermore, with the development of gene sequencing technology, the accessibility of bio-data through leading genomics companies such as Ancestry, 23andMe, or UK BioBank, monitoring individuals’ body has never been easier.

To whom are they giving our data to? And how will they be use against us? What are the possibilities of this behind bad intentions? Is it possible that eugenics exists in a different form?

We built an USB flash drive on top of a traditional, pre-existing pregnancy device to imply how accessible our bio-data is in present technology. Inside the object is a micro-controller with WiFi module and OLED display; that when plugged, acquires data from 23andMe, analyzes and sends it back to the device. User with mutant in their gene were advised not to have offspring and vice-versa. 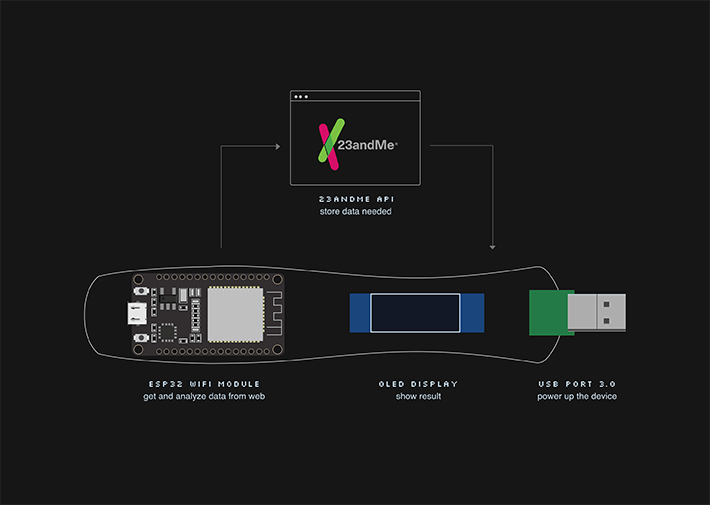 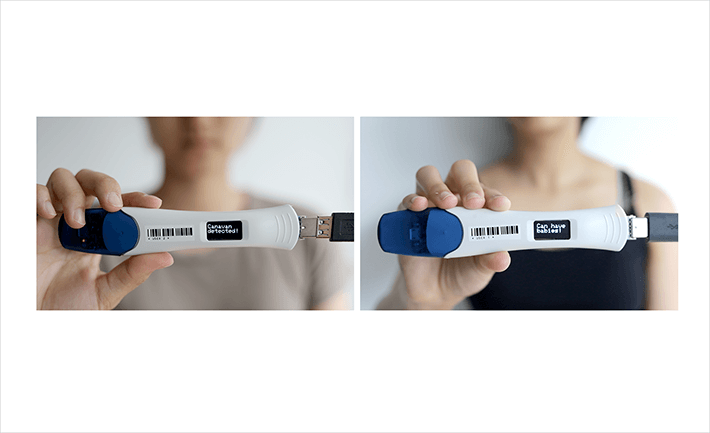 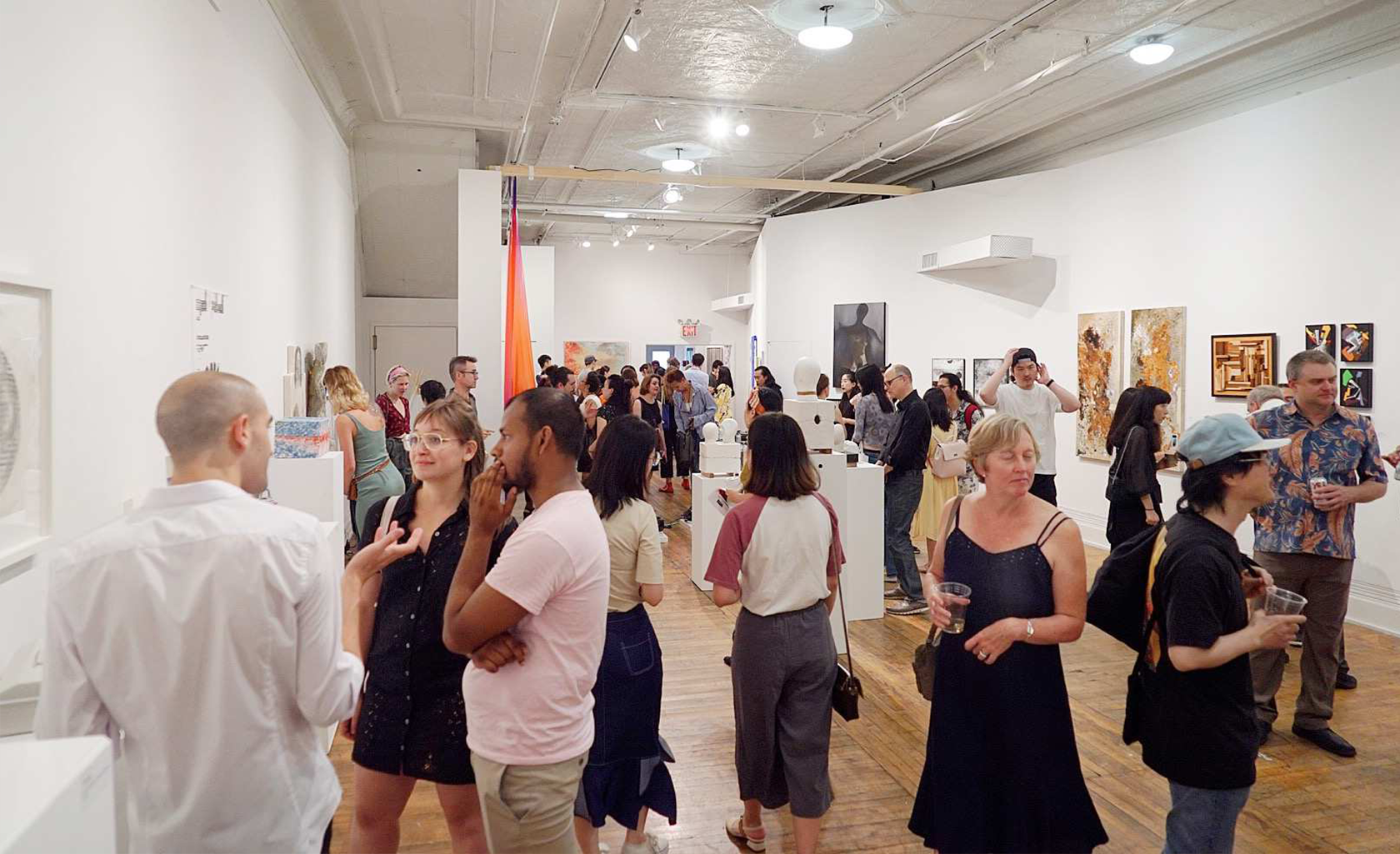 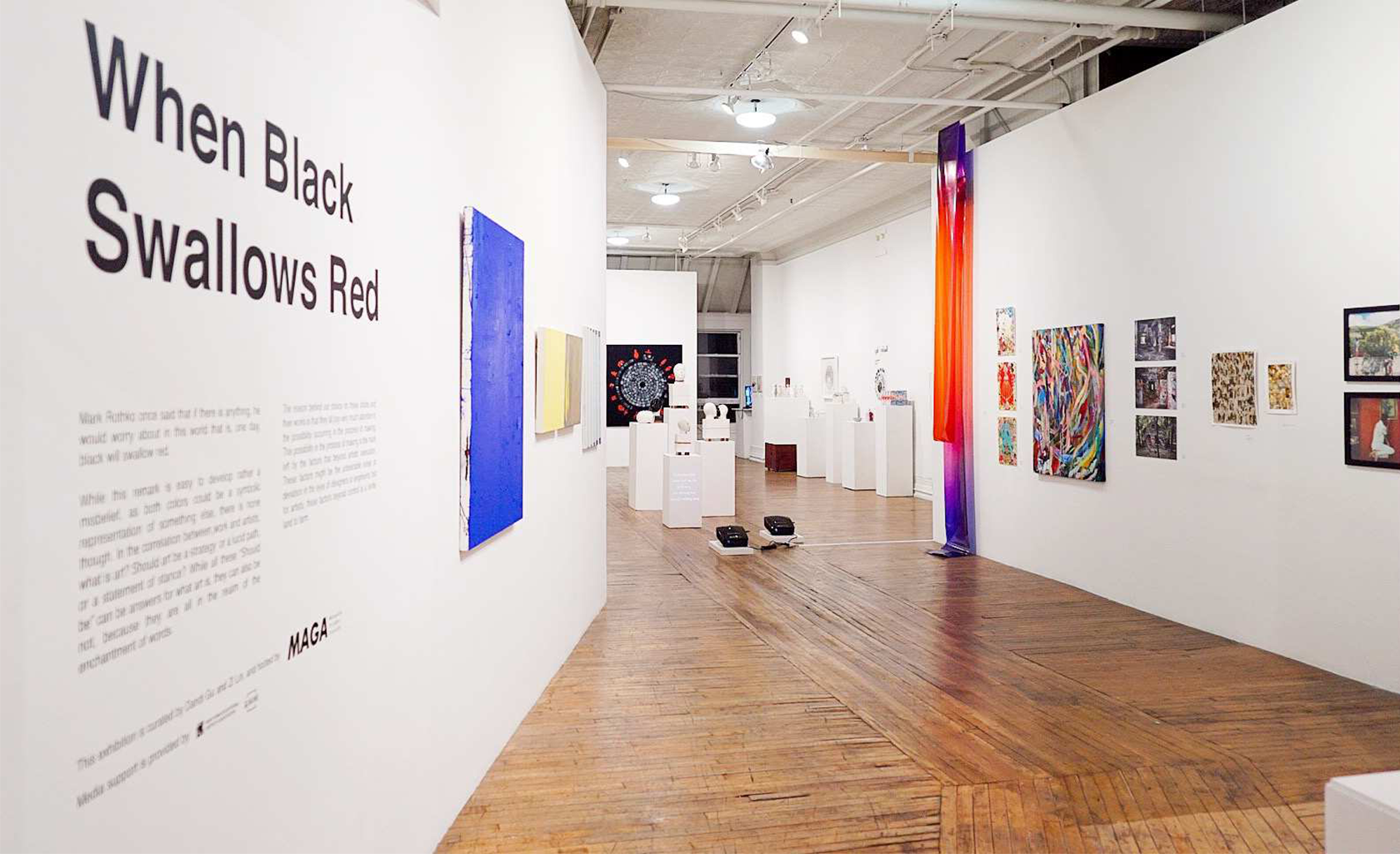 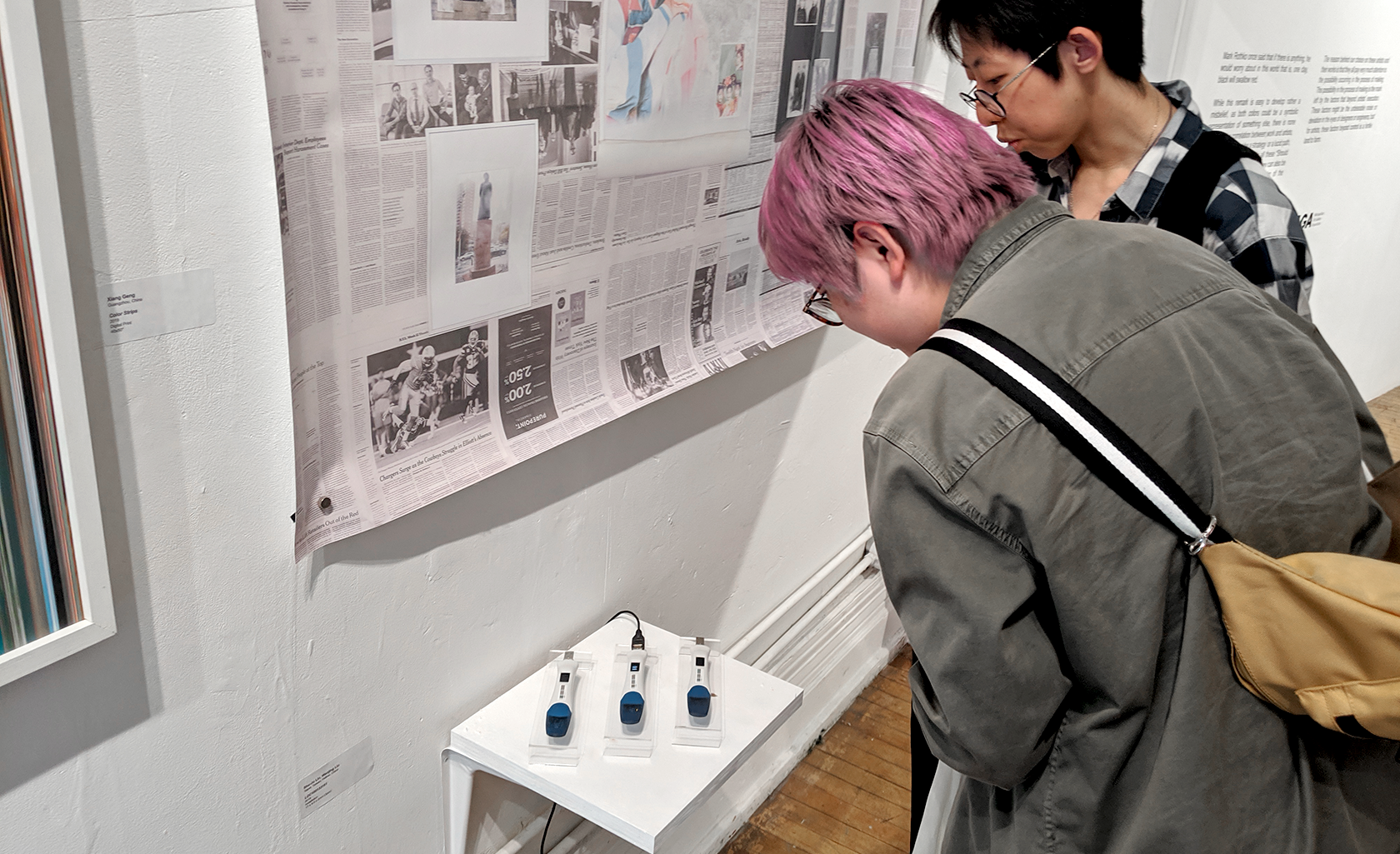